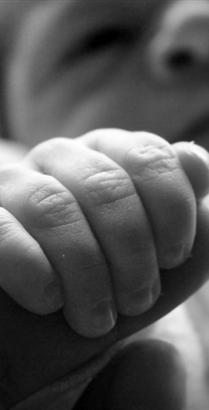 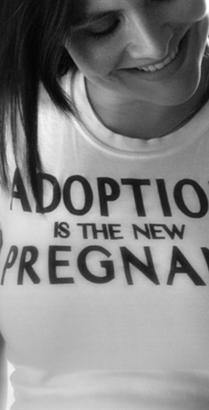 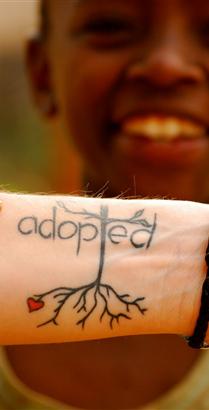 TO CIRCLE OF LOVE

Work with our team and make a difference

September 6th, 2017...an Angel passed through the gates of Heaven. She wasn’t a saint or martyr - she was a mom. She was amazing, yet ordinary, kind and patient. She had a faith in God that surpassed most people. She was a superwoman. Her name was Emily (Geissal) Lightener.

Emily grew up in Central Illinois, in a small town few have heard of. She attended school in the area until she left for college in Wheaton, IL. Emily married her college sweetheart, Matt, and had three kids: John, Lillian, and Abby. The family toured through Illinois and Kansas while Matt achieved his MD and completed residency. Around the time Abby was 2, God called on Emily and Matt to adopt – and later, to round out her beautiful brood, Emily had Miss Kate who is, now, not yet a year old. Emily made no decisions without careful consideration and lots of prayer; and, once she was called to adopt, did so with the help of Circle of Love, a faith based non-profit ministry, whose mission is to assist woman who have chosen adoption for their baby, and for couples wanting to adopt.

Through their guidance and their faith, Emily and Matt adopted beautiful twin boys, Ezekiel (“Zeke”) and Elijah (“Eli”). Emily chose Circle of Love because their mission is not only to place children with amazing adoptive parents, but also to help the birth mothers of those children. Circle of Love encourages birth moms to partner with the adoptive moms in the raising of their children. After their adoption, Matt and Emily received the “Angels of Adoption Award” by the Congressional Coalition on Adoption Institute in 2015 by Kansas Senator, Tim Huelskamp. The award was given not only for their continued support of the adoption system and programs such as Circle of Love, but also as a shining example of adoptive parents.

It is for these and many other reasons that I, and many others, are encouraged and proud to donate to Circle of Love in Emily’s honor. We honor Zeke and Eli, along with Emily and Matt’s four other children, John, Lilly, Abby and Kate. We hope to help continue Emily’s mission to spread the love of God and selfless contribution to adoption through support of Circle of Love.

Please go the Circle of Love (COL) web page at: www.coladoptionsupport.com to donate by PayPal. In the comment line type “Emily’s Fund”. Checks may also be made out to Circle of Love and mailed to:

Circle of Love is a 301 (c) 3 organization and your donation is tax-deductible.

Senator Pat Roberts Celebrates Julie Samaniego as an Angels in Adoption® To Be Recognized at National event in Washington D.C.

Washington, D.C. – September 19, 2017 – Senator Pat Roberts, KS will celebrate Julie Samaniego as a 2017 Angels in Adoption® awardee for her outstanding advocacy of adoption and/or foster care issues. The Congressional Coalition on Adoption Institute (CCAI), which orchestrates the Angels in Adoption® Program, will honor Julie Samaniego and Circle of Love, Inc. at an awards ceremony on September 26 and gala on September 27 in Washington, D.C.

Julie Samaniego, LCMFT is being honored for her 30 years of adoption advocacy for woman who choose adoption for their baby, and for couples wanting to adopt. Mrs. Samaniego founded the faith based organization, Circle of Love, to bring hope and empowerment to women, while assisting them through their adoption journey, with great care and respect, and mentoring them for years after. Adoptive couples find encouragement and clarity in their adoption journey, learning how to develop relationships with their birth families, practicing healthy boundaries and unconditional love.

The Angels in Adoption® Program is CCAI’s signature public awareness event and provides an opportunity for all members of the U.S. Congress to honor the good work of their constituents who have enriched the lives of foster children and orphans in the United States and abroad. This year, more than 120 “Angels” are being honored through the Angels in Adoption® Program.

“The Angels in Adoption® Program is a unique annual opportunity in the nation’s Capital to shine a well-deserved spotlight on the power of adoption and the unspoken heroes who have made the dream of a family a reality for children. Since the program’s inception, over 2,600 Angels have come to Washington to share their firsthand adoption experiences with Members of Congress, highlighting its joys, as well as the barriers encountered in the process,” said Becky Weichhand, Executive Director at CCAI. “Members of Congress are then able to use their new experiential understanding of these issues to create policy improvements that better support these children and the families that open their hearts and homes to them.”

Scott and Tracie Hamilton. Former National Angels include Korie and Willie Robertson, Shonda Rhimes, Deborra-Lee Furness Jackman, First Lady Laura Bush, Patti LaBelle, Jane Seymour, Muhammad Ali, the late Dave Thomas, Steven Curtis Chapman, Bruce Willis, Alonzo Mourning, Rhea Perlman and Kristin Chenoweth. CCAI is a 501(c)3 nonpartisan organization dedicated to raising awareness about the tens of thousands of orphans and foster children in the United States and the millions of orphans around the world in need of permanent, safe and loving homes through adoption. CCAI was created in 2001 by the active co-chairs of the bicameral, bipartisan Congressional Coalition on Adoption, one of Congress’ premiere caucuses. The goal of the caucus is to eliminate policy barriers that hinder children from realizing their basic right of a family and more effectively raise Congressional and public awareness about adoption.

The Angels in Adoption® Program was established in 1999 as a Congressional press conference to honor outstanding individuals. Since then, the program has developed into a yearlong public awareness campaign, culminating in an extraordinary awards gala and celebration in Washington, D.C.

CCAI does not receive any government funding and relies on the generous support of foundations, corporations, and individuals to accomplish this mission. For more information, visit www.ccainstitute.org. 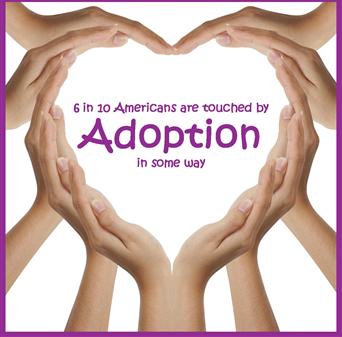 ADOPTION IS A LOVING AND SACRIFICIAL CHOICE..

made by women who find themselves unprepared or unable to parent their child.  We believe she (birth mother) should receive honor and respect for her decision.  We pledge to come along side birth moms and walk the journey with her, both before the placement and after.

The reasons a woman chooses adoption are many, but may include:  Non-support from father or family, she frequently has other children she is struggling to provide for, fear of domestic violence or drug/alcohol expose, or current and/or past state or legal involvement.  No matter the reason, adoption is always a loving choice.

• Exploring the option of adoption with a compassionate, professional therapist